Let’s build the future together

AKRYL is an award-winning consulting firm, offering digital strategy, ICT development as well as project implementation services. We focus on digitalization, digital transformation, and data-driven strategies in the context of international development and public sector projects.

As an official endorser of the Principles for Digital Development, AKRYL offers digital solutions that are built for sustainability, are designed with the user, are data-driven, and address privacy and security issues. 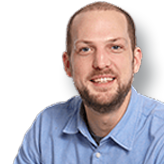 With more than 20 years of professional experience, Ben has been at the forefront of digital developments since the time of the dot com bubble. Besides being the creative lead designer, Ben is also an experienced technology consultant – a rare combination that benefits technical conceptions, information architecture, and UX design.

Ben is interested in topics such as digital payments in the non-profit sector, tech entrepreneurship, and geolocation technologies.

Ben graduated from the SAE Institute in Hamburg and started his career at major digital media agencies. 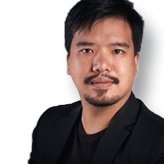 Karsten has conducted many workshops on digital topics including digitalization, social media, and data analysis. As a digital consultant with over ten years of international experience, he works on methodologies and frameworks for agile, user centric, and data driven approaches.

His interests include topics such as social media’s conflicting role regarding open societies and authoritarian regimes, the advancement of big data in the development sector, tech entrepreneurship, and digital literacy education.

Karsten holds a Magister Artium in Sinology and Communication Science at Free University Berlin and Technical University Berlin.
In 2015, he has been a Visiting Academic Fellow at the Mercator Institute of China Studies (MERICS).

The team that makes AKRYL successful

We help you navigate the digital ecosystem you’re operating in

When tasked with defining the strategy and objectives for your web presence or the implementation of a digital tool, it is essential you are familiar with the latest developments in technology as well as the regulatory framework. We help you achieve these goals and understand the big picture before you set out to realize your project.

What’s more, a couple of key principles have to be applied when it comes to designing and successfully executing a digital project. First, the users’ needs have to be clearly understood. We guide you through the analyze & plan phase of your project during which you will learn about the users’ expectations and challenges. User adoption of technology is a major barrier to success, so prioritizing this aspect is key. In other words, we make sure you include the user as much as possible in this early stage of your project so that you address the real needs of your target group.

In the next phase, we help you identify the right technology for your initiative. During this stage, it is recommended to investigate open source technologies, standards, data, and innovation environments. It may not always be possible to use open practices, but to increase transparency and make you less dependent on proprietary software, it should be a guiding principle to use open source as much as possible. Moreover, we make sure you’re thoroughly familiar with all aspects related to privacy security. At this stage, you will need to decide how and which data will be collected and where it will be stored.

It is essential that from the outset, you conceptualize a model of sustainability for your digital initiative. We help you with this important task and make sure you also include an appropriate theory of change when it comes to developing a vision for sustainability. This stage requires that you decide about the scale of the project and consider the question of continuous funding. Sustainability is linked to all other aspects of a successful project lifecycle. If the users’ needs are met and they develop ownership, and fundings is secured, sustainability can result. This in turn allows you to scale. We’ll enable you to see the interrelationship of these various components as they relate to your digital initiative, thus allowing you to make the best strategic decisions.

We offer a wide range of programming solutions and tech systems

Custom software solutions that are designed for scale and are built with open source technologies. Either as web-based applications or mobile Apps.

Learning Management Systems (LMS) that are built with popular frameworks. We also develop and program courses on existing platforms, incl. establishing content integrations from one LMS to another.

Online communities that connect individuals and groups. Having created and operated a social network community ourselves, we bring firsthand experiences to building a digital online community.

Geo-location systems that allow tracking and the display of country, regional or worldwide data and information on a digital map or other types.

Blockchain tools that link you to the most popular Blockchains (e.g. Ethereum or Bitcoin). We build and customize user-management systems to facilitate tokenized transactions between users and the blockchain.

Our digital products and tools

E4D is a digital event solution specifically designed for the development cooperation sector. It is a flexible, modules-based, and secure platform that enables stakeholders to experience multi-facetted events in the virtual space.
Visit

The ICT4D Cloud is a secured file transfer solution which is hosted in Germany and complies to the EU General Data Protection Regulation (GDPR). 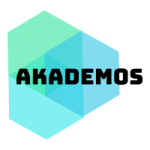 AKADEMOS is a custom Learning Management System (LMS) based on open source and caters to stakeholders from the development sector.

Digital products in cooperation with our clients and partners

The GIZ has developed the so-called Adaptation Communications Drafting Assistance Tool (AdComm-DAT), which serves as a working tool for countries to formulate their adaptation notifications. It also contributes to the planned supplementary guidance to be drawn up by the UNFCCC Adaptation Committee by June 2022.

The Tool for Assessing Adaptation in the NDCs (TAAN)

The Sino-German Agricultural Centre (DCZ) is a joint initiative of the German Federal Ministry of Food and Agriculture (BMEL) and the Ministry of Agriculture and Rural Affairs of the People’s Republic of China (MARA).

The DCZ was established in March 2015 as a central contact and information office and for the purpose of coordinating the bilateral cooperation between Germany and China in the agricultural and food sector. In April 2018, the project entered its 2nd phase.

An important aspect of the conceptualization of the database was the issue of compliance with data protection regulations, such as GDPR, GIZ’s internal regulations, and relevant Chinese laws. AKRYL advised DCZ on the ever-changing and increasingly restrictive digital space in China and implemented the hosting and data-collection setup according to the different relevant regulations.